A week in the spotlight on amicable and alternative modes - THECHOWANIECS.COM Skip to content

From December 13, you may come across this slogan: “ With MARDs settle your disputes in a different way “. Designed to reach both lawyers and litigants, it will be at the heart of the CNB’s next communication campaign.

For this first amicable and alternative week, the CNB is launching a vast campaign to promote MARDs. A recent survey conducted by the IFOP among French people revealed that knowledge of these legal tools remains partial: 44% of respondents say they do not know that there are legal alternatives to resolve legal disputes.

With the aim of reaching a large section of the French people, the CNB is launching a digital campaign to promote MARDs in the national media. These messages are broadcast on the websites of Le Monde, Le Figaro, Le Parisien and Les Echos and on the mobile application of Le Figaro and Le Monde. 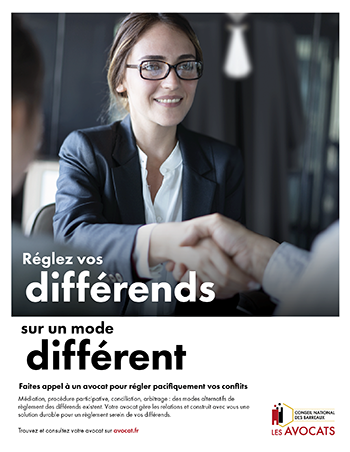 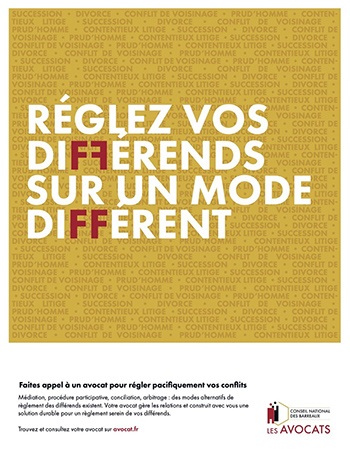 Supporting lawyers in integrating MARDs into their strategy

With this campaign, the objective is twofold since it is also a question of addressing the profession. Both to promote the place of lawyers in MARDs, and to equip lawyers who practice or who do not yet practice MARDs. Indeed, the MARDs constitute a toolbox at the service of the profession, likely to enrich the practice of the lawyer.

However, a survey conducted by the Observatory of the profession in November 2021 shows that only 54% of lawyers have undergone training in mediation, 38% in participatory procedure, 35% in collaborative law, 20% in arbitration. and 37% to negotiation.

To help lawyers, whether they practice MARD or not yet, the CNB has developed a series of tools, unveiled during the week of amicable and alternative.

To complete these materials, we give you an appointment on the CNB’s social networks every day, from December 13 to 17, at 2 p.m. The CNB will offer 5 training webinars covering the following topics: