Cats! The masquerade: I want to be a cat - News - THECHOWANIECS.COM Skip to content

For millennia, Earth has held a closely guarded secret: Humans are not the only intelligent species roaming its surface. And that’s not all! Not only is she not the only one, but she is neither the first nor the most brilliant… because that place belongs to the cats! Forget everything you’ve learned in history books and let your inner cat speak: in Cats! The masquerade, the cat, it’s you! 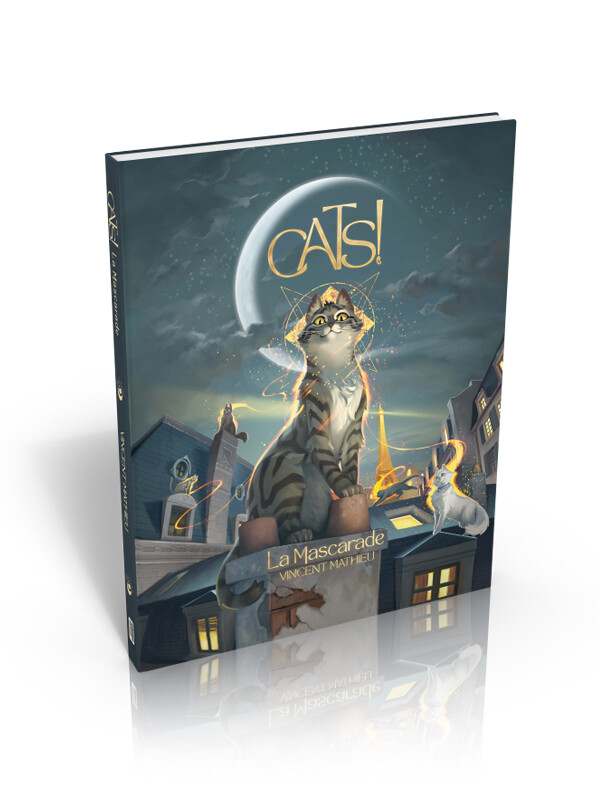 We always land on our feet.

It is at the end of 2021 that the Black Book Edition crowdfunds to re-release the CATS RPG! THE MASQUERADE of Vincent Matthew. It was originally published in 2011 by Éditions Icare. Ten years later and a few redesigns later, you can continue to embody your favorite felines in extraordinary adventures.

The basic book is almost 300 pages long, beautifully illustrated by Maxim Teppe and technically that’s all you need to set off on your adventure… OK, a couple of sheets of paper, a pencil, a set of D10s and of course some friends around the table! It allows you to understand the universe, contains a bestiary, what to create your character and 8 scenarios to embark on the adventure.

The screen with 3 panes illustrated by Maxime Teppe

Masters of the Falling World.

The book offers a short story at the beginning with two secret agent cats to get you in the mood. It is followed very quickly by a quick story about the story according to the cats.

To summarize, it is the most intelligent species, equipped with telepathy and psychic powers. They end up creating man by genetically modifying monkeys, all to serve as their slaves. With the help of their workforce, they are building Atlantis, a true paradise for our felines. Unfortunately, one of the experiments goes wrong, causing the moon’s orbit to change and triggering a tidal wave that destroys the mythical continent.

Weakened and few in number, cats are afraid that humans will turn on them. They decide to change their strategy and keep them in the dark about their past, all while pretending to be pets. 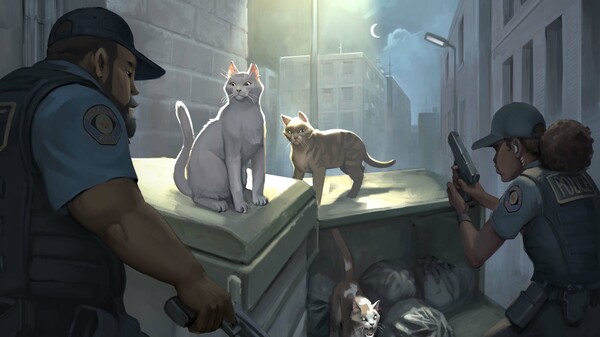 A few millennia later, the situation has somewhat escaped them, humans are destroying the planet with their “technology”. Added to this is a deep evil, the cat population is undergoing a slow regression, most of their people have lost their psychic powers, have difficulty speaking and behave like savages. The “Awakened”, those who still have their power and their full capacity, call them “Degenerates”.

And as if that wasn’t enough, a human secret society, the Rosicrucians, got wind of their actions by surprising awakened humans during their missions. Since then, these people have hunted them down relentlessly. 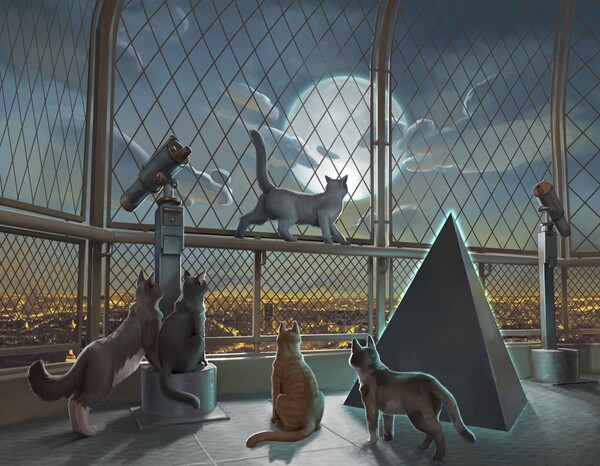 As for the rules, it’s really very simple. To create your cat, simply follow the book’s step-by-step instructions and choose the cat breed that suits you best. They all have advantages and disadvantages. You will also have a Luck value which is important as it is the number of D10s you need to roll to pass the tests. At creation it cannot exceed a value of 3. It is up to you to take the best die and add the value to whatever characteristic or skill your GM has asked for to achieve your final result and therefore see if you are successful or not .

Your felines have different physical (Claws, Hair, Eyes, Tail) or mental (Caresse, Purr, Pad, Whiskers) attributes. The names, while there for immersion, will be a little “abstract” at first as you get used to the terms. In fact, each actually takes on the classics of RPGs, for example Claw corresponds to Strength and Caress to Will.

In the small quirks, you can still embody a Bastet (a cat imprisoned in a human body) or even a human who can come to the aid of your spies with paws of
velvet. 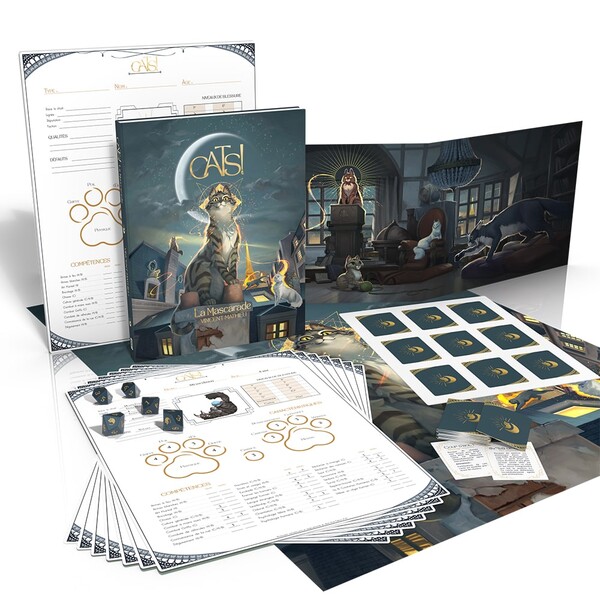 As an accessory, you will find the screen in 3 rigid sections which contain a lot of information and tables from the basic book. This allows you to find your way around in an instant. The nice surprise is that it comes with a “Da Vinci Cat” scenario set in 3 acts, perfect as an “introduction” to the universe. A good reason to complete the range and continue the adventures. And of course there are also game aids and dice with the game’s image, although classic D10s do the trick, you can only succumb to their charm.

A purr of happiness.

Cats! The Masquerade is one of those RPGs for everyone, with its simple rules, its “known” universe, but enough offbeat to be surprised by the scenarios. Only the name of the characteristics to be achieved in immersion “slows down” the rhythm a little at the beginning (hint: write
the “classic” equivalent on your sheet below each to help you). We will also smile at the sight of certain enemies, such as the pound technician or the vacuum cleaner. 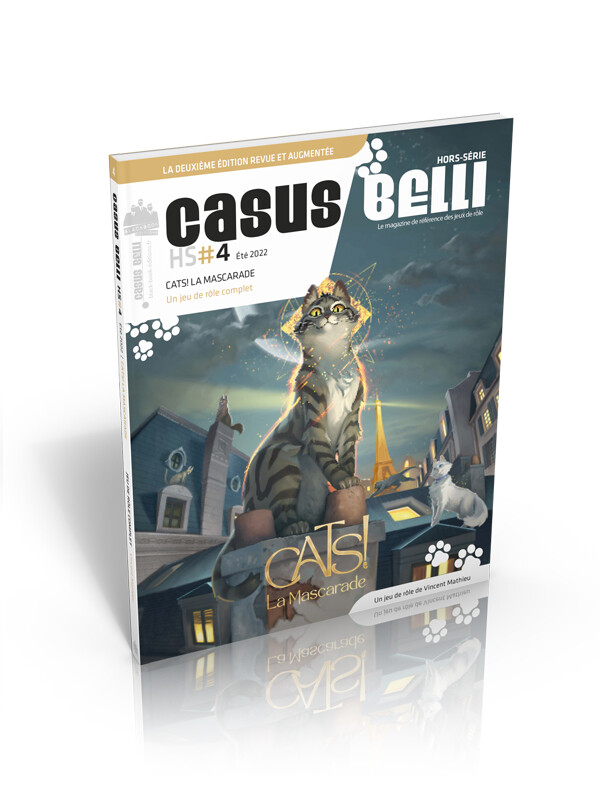 It is really a very good surprise that this discovery and a real pleasure to read, to understand this universe. And I repeat, only the book is enough to play, there is even a soft version of Casus Belli at a low price. In short, with it you have enough to remake Aristocats with your family and much more.