Eric Morain: sickened by the judicial system, the criminal lawyer throws in the towel - THECHOWANIECS.COM Skip to content

One of the most prestigious criminal lawyers in France, Éric Morain, throws in the towel. The lawyer published a press release on social networks on Friday to explain his motivations.

A judicial system that is increasingly “seized up, rusty, blocked”. Lawyer Éric Morain explained in a press release on Friday why he was leaving the profession.

The one who was ranked in 2019 by GQ magazine among the 30 most powerful lawyers in France explained that he did not want “in a few years to be a lawyer of 60 then 65, then 70 years old (…) in the middle of this world of justice that no longer listens to us. I don’t think I have the strength anymore.

And one day we want less.

Then another we don’t want anymore.

This is why I decided to leave the legal profession pic.twitter.com/sMNswY09XJ

On Twitter, he made a negative report of the situation of Justice in France and thus denounced the lack of real reforms, the race for profitability and the fight of ego.

Not there to “plug a gangrenous system”

Nearly twenty-six years after taking the oath, the criminal lawyer says he is committed to “taking the trouble and blows in place of our clients, not to plug a gangrenous system and in nothing, nothing, repaired”.

This decision is understood and approved by the lawyer and honorary president of the Licra, Alain Jakuwicz: “Justice is not that, it is the daily life of our fellow citizens. This is not taken into account at all by our political power”. 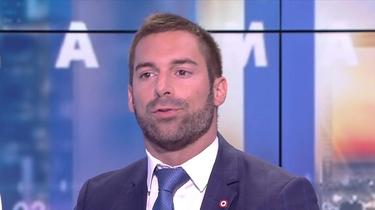 According to him, “we need real determinism in justice, real means, and they are sorely lacking”, he hammered at the microphone of CNEWS. For the lawyer, this situation “exhausts the best of us, sometimes magistrates and unfortunately sometimes also lawyers”.

Eric Morain’s press release caused many reactions from lawyers, magistrates and sometimes journalists on Twitter. For them, this departure is a defeat of Justice.